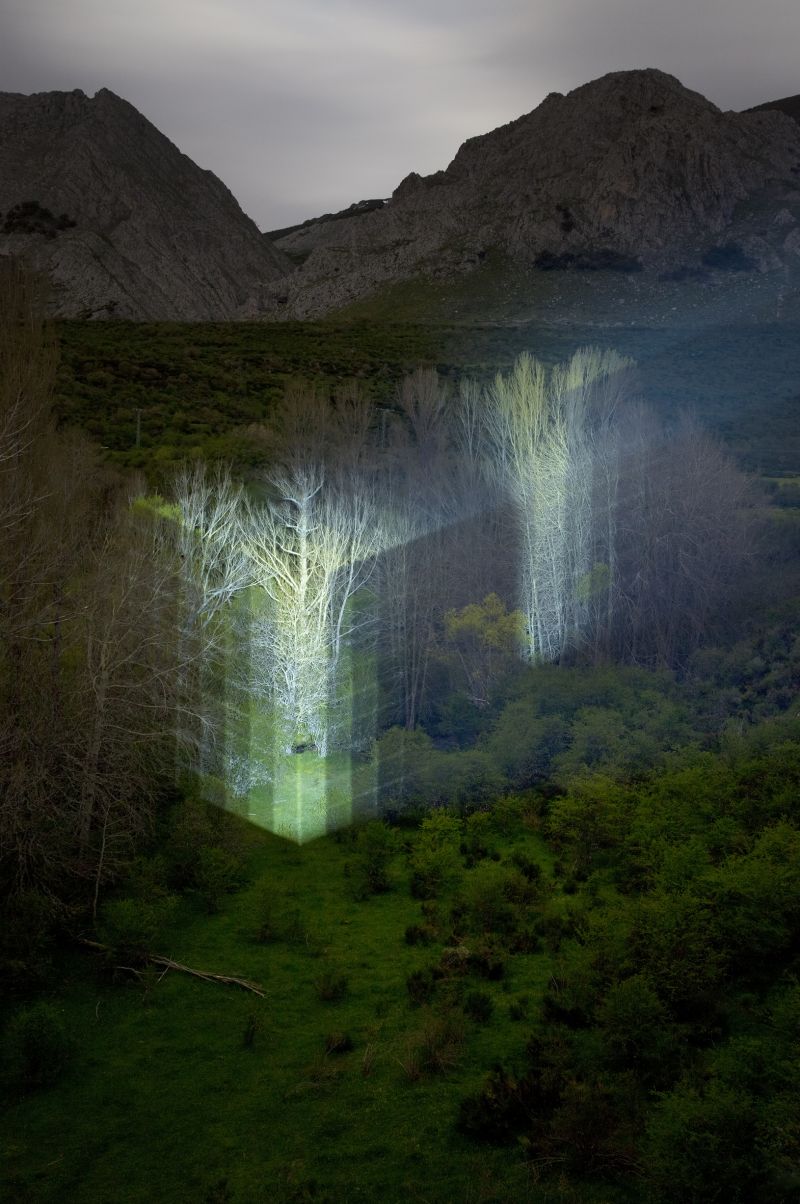 I think that I could count myself among the oldest and most fervent admirers of Javier Riera’s painting, an admiration that is, on the other hand, intrigued, because ever since I contemplated his first works and how they developed, I felt strangely that in that painting there were two souls. I called it then, I don’t know if with much luck, dualism. What I thought was that those beautiful gestural stains that with powerful strokes flowed in space seemed to be nevertheless on guard. And that, behind the overwhelming romantic expressionism and the tensions between abstraction and nature, there was a yearning or need for a new way of interpreting and describing the landscape and, in a way, of perimetering it. I am not saying that I expected him to introduce geometry and photography into his work, but neither was I surprised.

Today, Javier Riera is one of the most important plastic creators with the most marked and suggestive personality in contemporary art. Essentially a painter, he owes his artistic reputation above all to a fascinating photographic project that he has been developing in recent years. It could be seen as a change in the objectivity of the work or a new concept of impressionism that leads him to “paint” the landscape by projecting geometrical forms directly onto the vegetation and record the action in images for photography or video.
There was first a change in his painting, when that strange and luxurious stillness of stratified bands of vegetation, gold, silver, red, blue… crossed the large black surfaces of his paintings. At that time he won the prestigious Angel Prize and, in the development of his plastic process, Javier Riera devoted himself to reflections of intellectual significance which, on the other hand, always accompanied him: objectifying emotions, understanding the landscape as a cultural construction… Moreover, now that he had obtained textures for his painting that were closer to those of nature, he felt the urgent need to leave the workshop, move to the large open spaces and use nature as a medium to produce images and make interventions of an ephemeral nature, a peculiar land art that does not produce the least alteration in the landscape. A direct, lived experience, a testimony of what “is happening” in nature.
Regarding the latter, it would be very difficult for anyone to describe that experience with greater intensity, expressiveness, emotion, poetic breath, and of course veracity, from which the following text, by Javier Riera himself, emerges, which I reproduce: “I often work on what has been called the magic hour, that is to say the time that passes from the moment the sun disappears until night falls completely. The landscape undergoes a very particular dynamic during this period: the light changes very quickly, there are usually variations in temperature and wind, some animals disappear, others begin their vital journey and the gaze begins to look out over the great distances of space and time as the stars begin to become visible. This is also the moment when the coexistence of two animals is possible.
lights, the one I project and the natural light”.

There is in this text a feeling of mimesis with the earth, in terms of the attempt to deepen its being and its processes as a means of making visible in some way, through artistic creation, the intangible and unfathomable condition of nature. That communion with it is the principle that makes it possible for the artist to offer us, with his talent and capacity to use technical means, such a dazzling illusionist perception of the landscape, based on imagination, dreams and plastic expression, as the one Javier Riera constructs: a magical creation in which beautiful geometric figures, as ectoplasmic emanations of the earth, seem to embrace the trees, flowers and plants, as in another process of nature with which the Asturian artist has been enchanting us since that
The impressive exhibition entitled “Golden Night” at the Reina Sofía in 2008. Now, in the Gema Llamazares gallery, Gijón can admire some small format paintings, very interesting cyanotypes, the complex technique in which photography is contaminated by drawing, painting and engraving, and the wonderful artistic prodigy of his photographs and videos.

And given that arborescent means developed in the form of a tree or branched out into a tree, I thought I would title this text Theory of Arborescent Geometry. 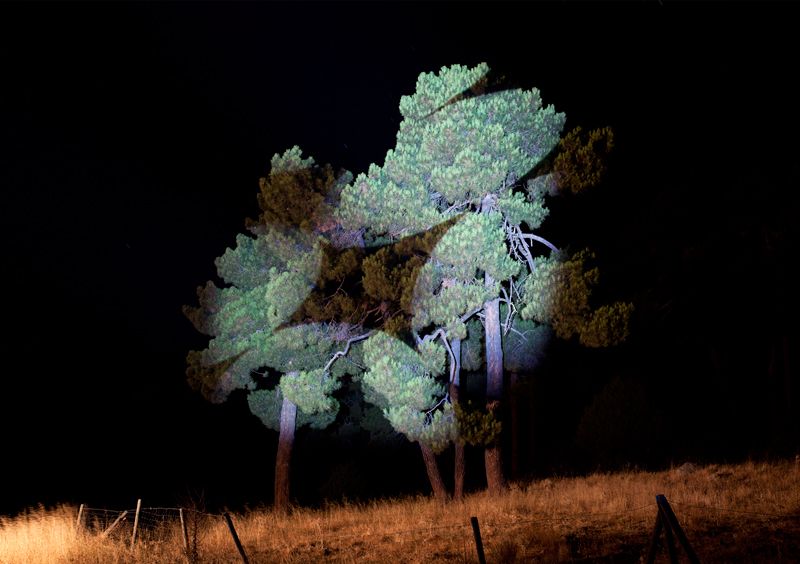 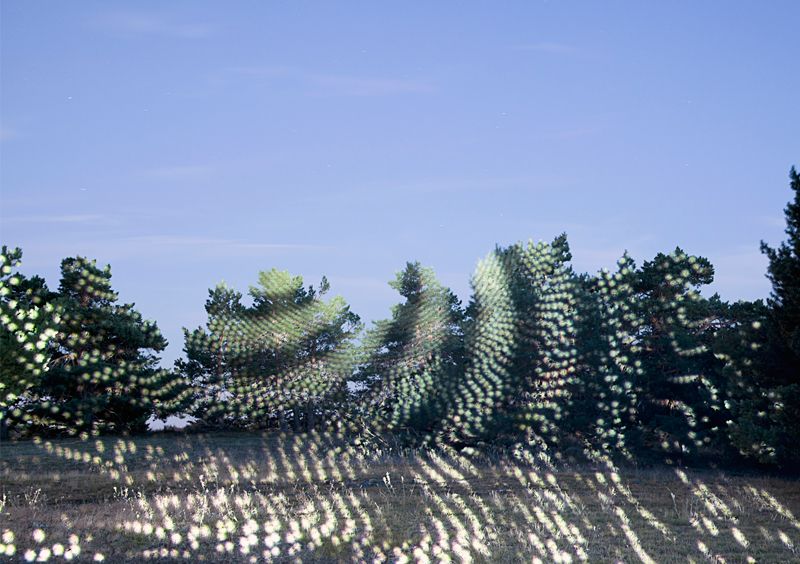