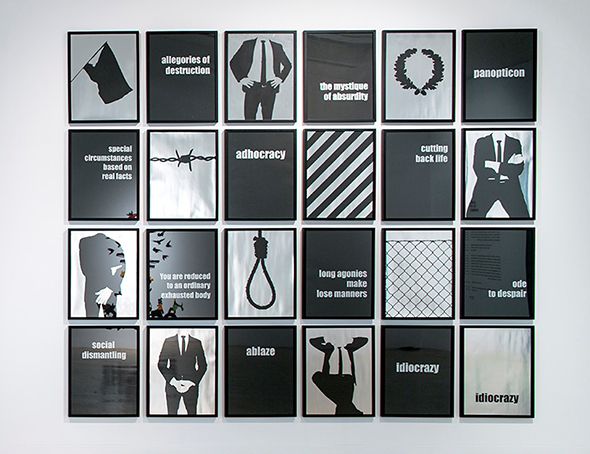 Yo versus Yo (I against I)

Exhibition by Hugo Alonso and Jorge Garcia at Gema Llamazares

The Galería Gema Llamazares presents Yo versus Yo [I against I], a double exhibition by Jorge García and Hugo Alonso. The show arises from the proposal of the gallery owners, following their visit to the studio that both artists share in Mala Fama, Madrid.

Jorge and Hugo, who had already collaborated in previous works, accept the challenge with enthusiasm and propose to develop a new project in situ for the gallery, and although their work does not necessarily maintain a visible relationship in conceptual terms, both develop their work within formal approaches and an aesthetic that could be called reduced, where monochrome and certain semantic encryption are a common feature of the work that both have been developing in recent years.

Jorge García’s work has almost always been centred on sculpture and installation, it has also led him and still leads him to consider “the object” in all its dimensions, from the most exaggerated fetishism, to the most interpretative charge, also including the most critical and ironic dimension.

Currently his proposals explore formally and conceptually new concerns, addressing a multi-level narrative, rather fractal, between the individual, art, social structures and historical context, emphasizing the impact that power structures have on the processes of relationship with oneself and with the environment.

This change or these new conceptual concerns have pushed him to work with a multitude of media and techniques, from sculpture to video, including installations, photographs and prints, adapting the idea, the process and the medium at all times.

Hugo Alonso has worked over the last few years on an open and mutating project in which he explores the relationships between the reality of film and our everyday reality, as well as the possible analogies between the history of painting and film. Film fiction helps him to know himself and the environment in which he lives. Film is his source of visual and conceptual resources. He is interested in the permission he has, given its fictional nature, to address unimaginable themes within the social codes that keep a reality like ours regulated.

Recurrent motifs in the history of painting such as the landscape, the house, the room or the figure usually occupy a main role in his work, as if it were a film shot, which goes from the general to the singular. Each painting, apparently normal, contains some enigma, some unstable element, one or several visual cracks that place an image close to the conventional in a strange terrain, supposedly familiar but really unknown. 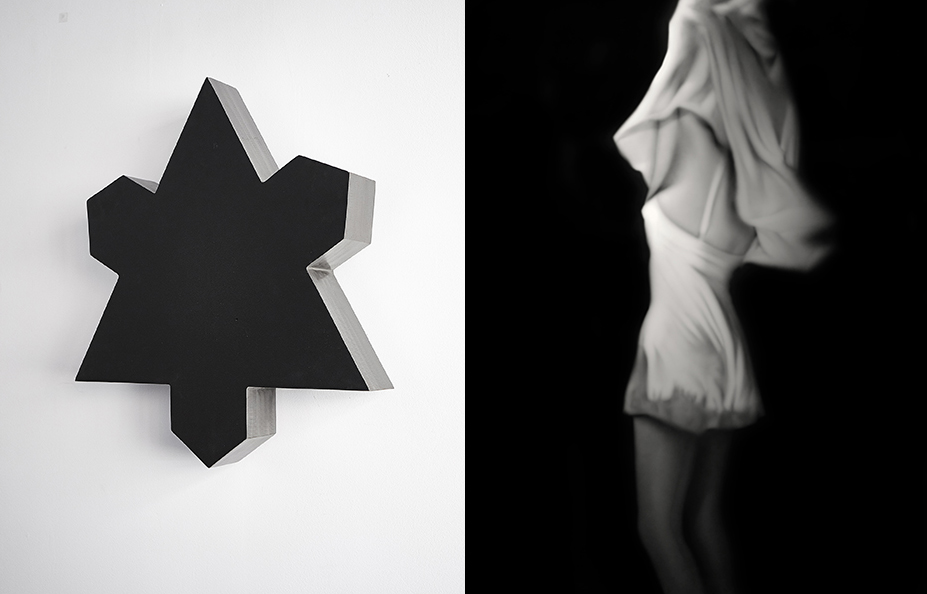 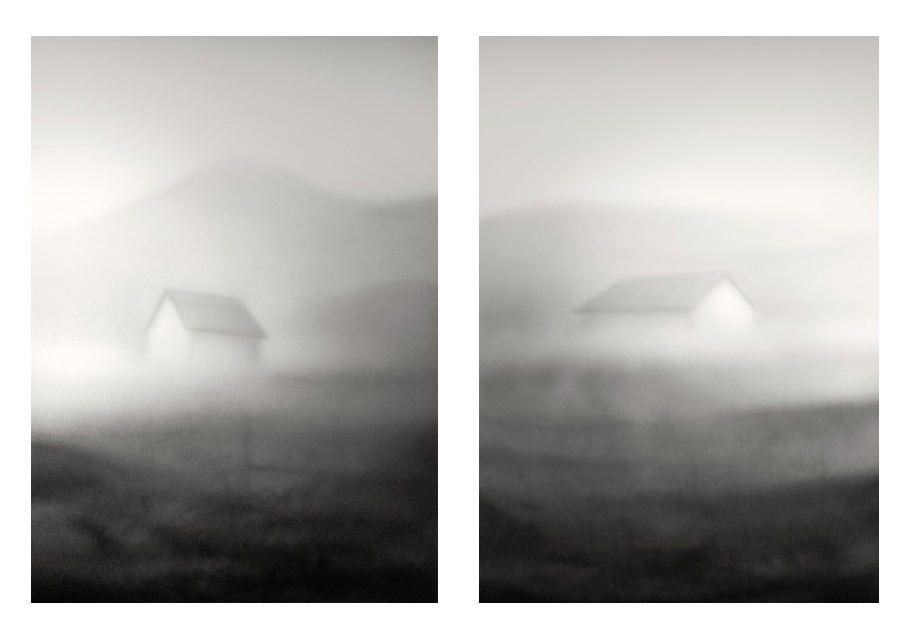 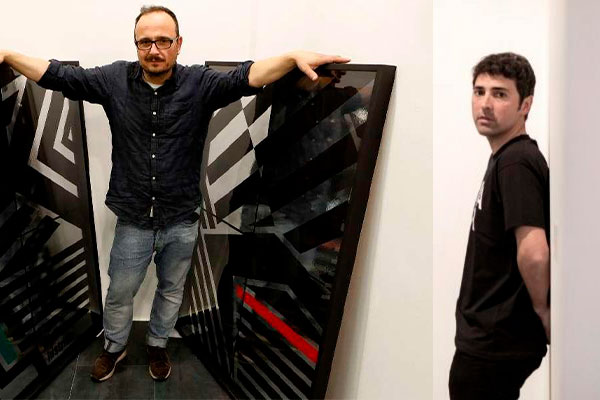 Exhibition Yo versus Yo (I against I)