Exhibition by Estefanía Martín Saenz at the Gema Llamazares Gallery

Exhibition by Estefanía Martín Saenz at the Gema Llamazares Gallery

«An individual (and collective) empowerment that is loaded with codes»

As a mystical number, or as a secret code, on the 10th of the 10th of 2010 I found myself before Sekhmet, “The most powerful”, “The invincible”, the Egyptian lion-faced goddess who symbolized strength, the one who was considered the goddess of war and also of healing.

Like a break of glory, light entered her temple at Karnak in a zenithal way. The guide read us the prayer that was used to invoke it, and suddenly, before me, its powerful magic emerged. Anyone who has been there knows that I do not lie; the theatricality and power of suggestion that the Egyptians were so good at producing through those well-chosen scenery, lights, shadows and masks will make that moment recognisable in your person.

With Fieras, Estefanía Martín Sáenz proposes, in the Gema Llamazares gallery in Gijón, an individual (and collective) empowerment that is loaded with codes, scenography, theatricality and, deep down, despite the great lie that could be interpreted of the characters in a work, of absolute truth. Throughout the history of art, the figure of the woman, always muse, always submissive, always “adorned” with what the man (male) wanted or presupposed of her, has given women a mask that has nothing to do with the real woman behind that representation. They have been centuries of erroneous reading of any scene, of any role that we presuppose in the plastic representations that today, fortunately, we can reread and refocus.

Whenever I speak of Sekhmet, I inevitably end up basting it with the central (and feminine) figure of Freedom guiding the people of Delacroix. Marianne; as she is called in France, she is an icon of Romanticism, and of genuine social and economic change in 19th century Europe. The French Revolution, the Industrial Revolution… in short… the revolution! A revolution that these days we translate almost graphically into the feminist demands of women. Women who, with their breasts in the air, demand a “new ethic”.

Stephanie resorts to the opposite, to cover, to mask, to hide the faces of the women she represents in this series. Women, all of them, distinguished or recognised for some reason, not only for a physical trait but for their work, their profession, their mind, their deeds. The mask that Estefania gives them, feminine, delicate (because of the materials she uses) are, in turn, terribly characteristic, terribly intimidating, terribly powerful.
Characters that we women represent, even as ourselves, in the different facets of life; mothers, publishers, artists, critics, curators, designers, creators, daughters, granddaughters, couples, sisters… a thousand facets that make us change our skin every few moments but never make us lose our essence, that essence that Estefanía helps us to concentrate as in an elixir…

The procedure is as follows: the artist makes a brief questionnaire, the same for all the women represented (feature that identifies you, word, colour…); thus extracting all our potential, but be careful, not with the one they see us, but with the one we identify ourselves with, we represent ourselves. Roles with which we probably feel comfortable, or with which we have been forced to face the social conditions from which the artist makes us detach ourselves today.

It might seem that Estefanía makes us be protected, with the masks, when in fact she has made us strip, dive, confront and understand ourselves with our most characteristic features and confess our strengths and weaknesses.

Heroines, after all, is what EMS represents with this series. Like science fiction superheroes, we are the women, the heroines, the strong, the powerful, with presence… and real, the ones who probably at times have been invisible, covered up, sifted, modest about our achievements, we had not seen ourselves like this: enigmatic, collective, pioneers, bearers of those codes that make us goddesses, unique… warriors and, at the same time, givers and receivers of the most powerful changes in our existence.

With Fieras, which we will be able to see in the Asturian gallery from 22 November until the end of the year; Estefanía Martín Sáenz makes an exercise in visibility and empowerment which, as is usual in her career, filtered through a refined and elegant language and aesthetics, is a careful and bloody reflection for which, as Gibrán already reflected, man goes mad by dispossessing himself of all masks, which are torn off by the gods, but it is in this conversion to madness that we will really find freedom. 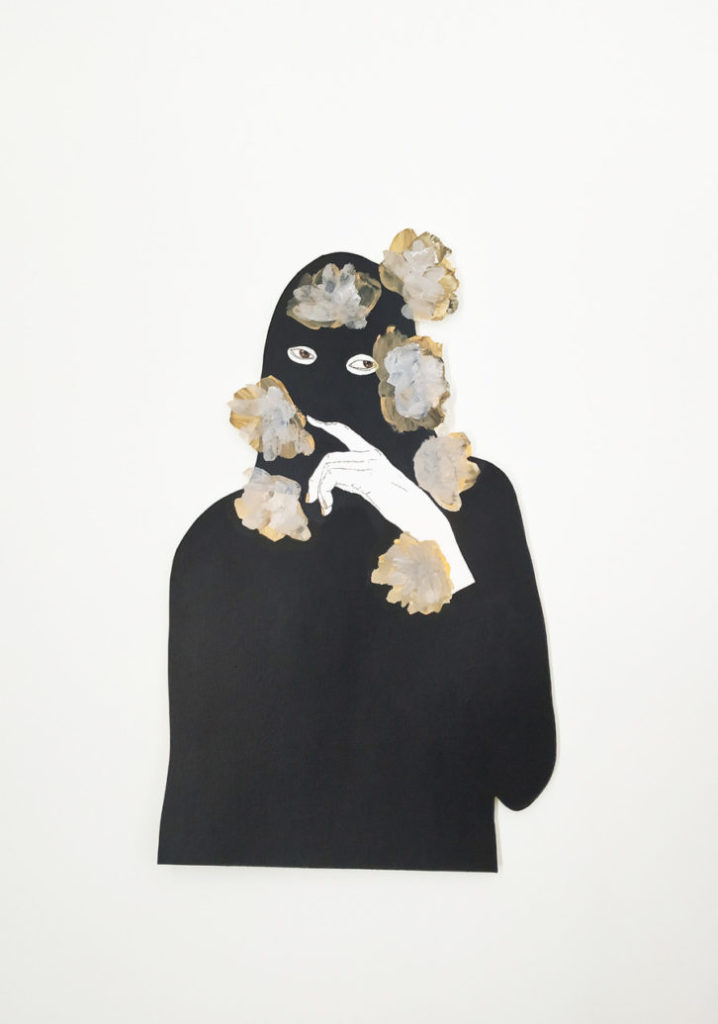 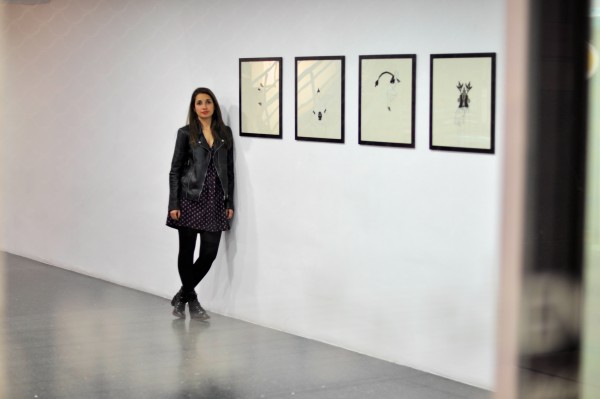