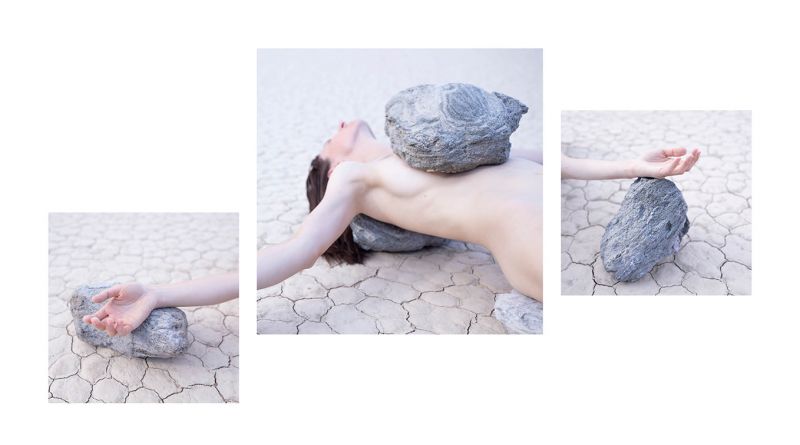 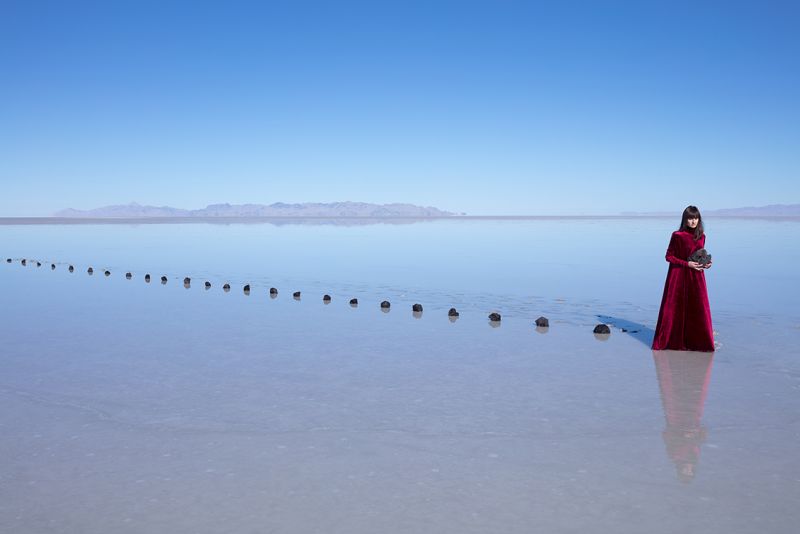 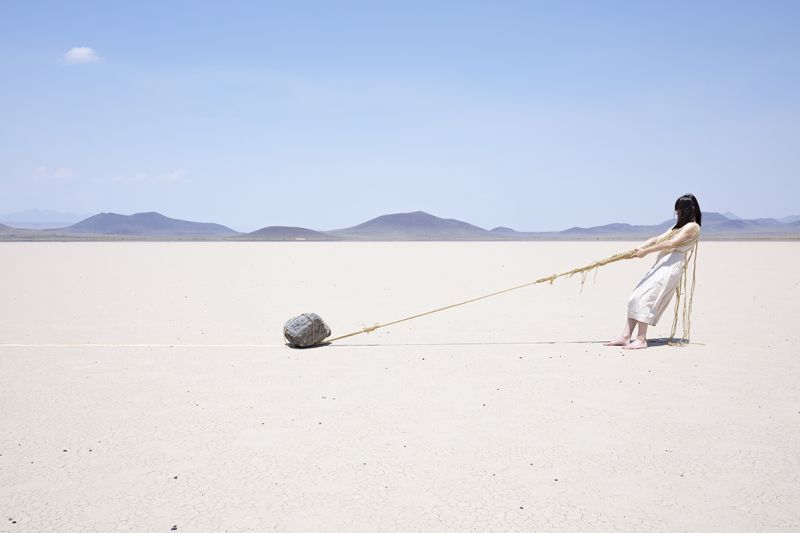 In this magnificent gallery, Soledad Córdoba presents her second part of her Trilogy of the Soul: Purification, where her woman’s body, the central element of all her work, merges with the desert as an animated organism, as an irreducible region in which to explore different states of the soul (the genesis of her poetic visions) in which the beautiful and the sublime, as Eugenio Trías would say, as a unique category, would manifest itself as “divine presence, incarnation, revelation of the infinite in the finite”.

Soledad Córdoba’s trilogy would thus seem to reveal the romantic feeling of the sublime, where, following the aforementioned philosopher, “the infinite thus enters into us, into our amphibious nature of carnal spirits”. The immeasurable, the abysmal desert, is contemplated and inhabited by an ambivalent feeling of anguish and joy. The awareness of the superiority of nature would lead the artist to ask herself about the primordial enigmas, about the states of the soul already explored in Devastation and Resistance, the germ of this Trilogy of the soul. In these seminal projects, the works act as evidence of a transformation that has occurred after a devastating experience, and in turn function as a means to find a path of healing (Devastation) or are “actions of force”, under the question of whether to resist is to exist (Resistance). The visitor can therefore travel through the different states through photographs, videos, installations and drawings, as a universal expression of the kaleidoscopic soul, accompanying the artist’s own process of transformation.

In this journey towards immensity, towards herself, Soledad chooses the desert as a place for revelation, for transcendence. She describes it as a mystical path, an initiatory journey, or the mysterious path described by Novalis, “which goes inwards; within us, where eternity with its worlds, the past and the future are to be found”.

In the set of his poetic-performative visions gravitate symbols that make up his personal mythology: the stone, the strings, the black veil, the gold thread or the black rose. Elements of his spiritual exploration that connect with the ineffable and the intangible, and invite us to penetrate the abysses of the unconscious, of the great revelations, but also, as José Jiménez pointed out, in his conscious process of self-improvement: “Dragging the stones of existence, turning around them, until they are mastered, converted into a scale of elevation”. From above, transcended, the images of Soledad Córdoba provoke shudder and truth. They obey an imperious demand of her being, they have nothing to do with the complacency of the self. They are a universal expression of the soul; of the pilgrim, warrior, magician woman; of the transcended, purified, reborn woman. 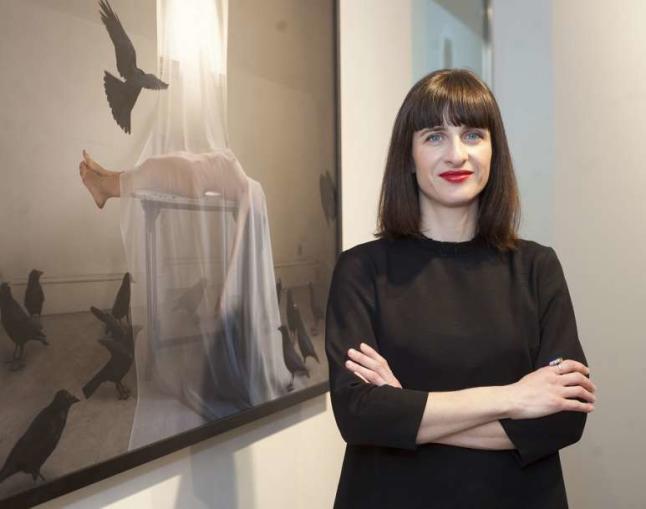