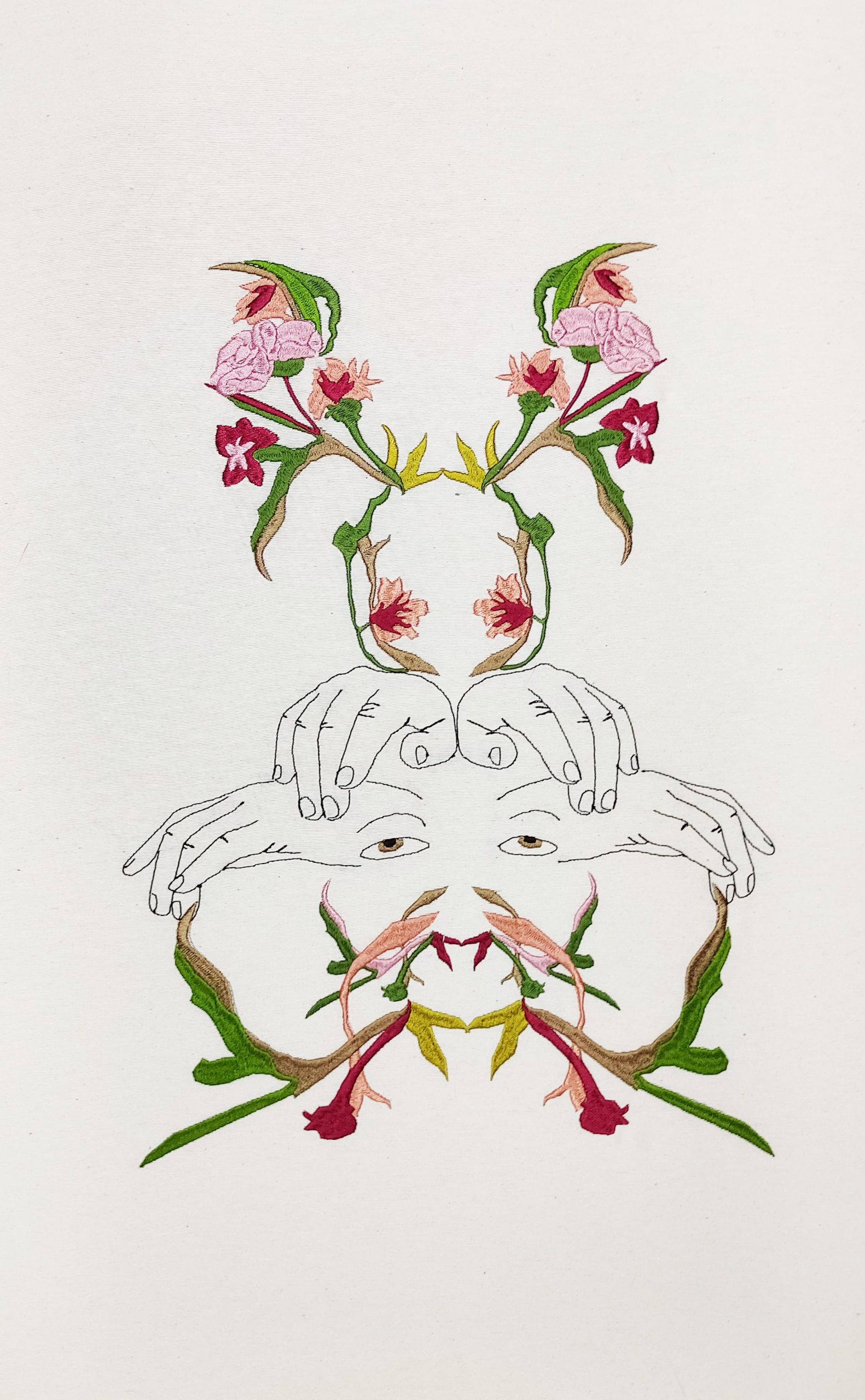 The forces of nature, like human emotions, are untamed. This characteristic makes them terribly beautiful and, at the same time, dangerous. Sometimes they are frightening, sometimes jealous or envious. Containment maneuvers are performed to restrain them. The union of these words terrifies Estefanía Martín Sáenz who, as a woman and an artist, fears this lack of freedom.

This exhibition represents the different facets of this containment that is usually done with the hands, but also in a symbolic way.

Sometimes these maneuvers are done so that people do not hurt themselves, but the violence implicit in tying and being tied is crucial to the artist’s discourse.

Through digital embroidery, to which other techniques such as drawing or sculpture are added, different visions of this containment are brought to life, referring not only to the psychiatric field but also to pain, beauty and freedom. That which frightens the artist becomes beauty in order to be able to handle it. A mutation of the character of the discourse that helps the viewer to reflect without hurting himself. Estefanía Martín manages, once again, to work the hardness of certain concepts in a masterly way until turning them into a series of embroideries in which the thread is what contains the ideas that are expressed.

Maniobras de contención is, in reality, a faithful reflection of a society that, faced with what it cannot understand, that which is different or singular, reacts in an attempt to prevent it from going any further. Although these untamed forces always flourish between the fingers of those who try to stop them. Martín Sáenz knows that this way of escaping containment is the key to glimpse something so precious that it is worthy of being embroidered for the delight of every human being. 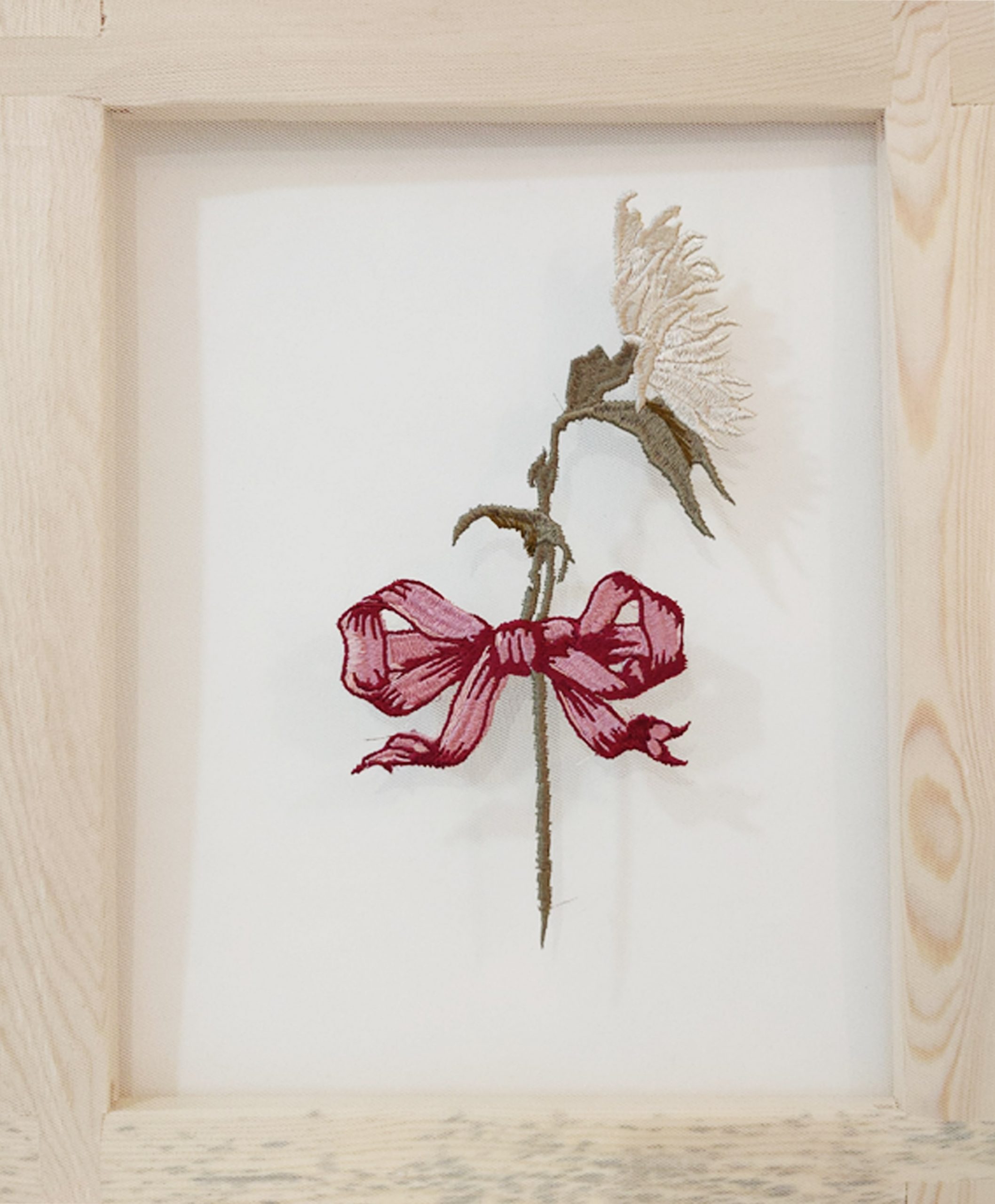 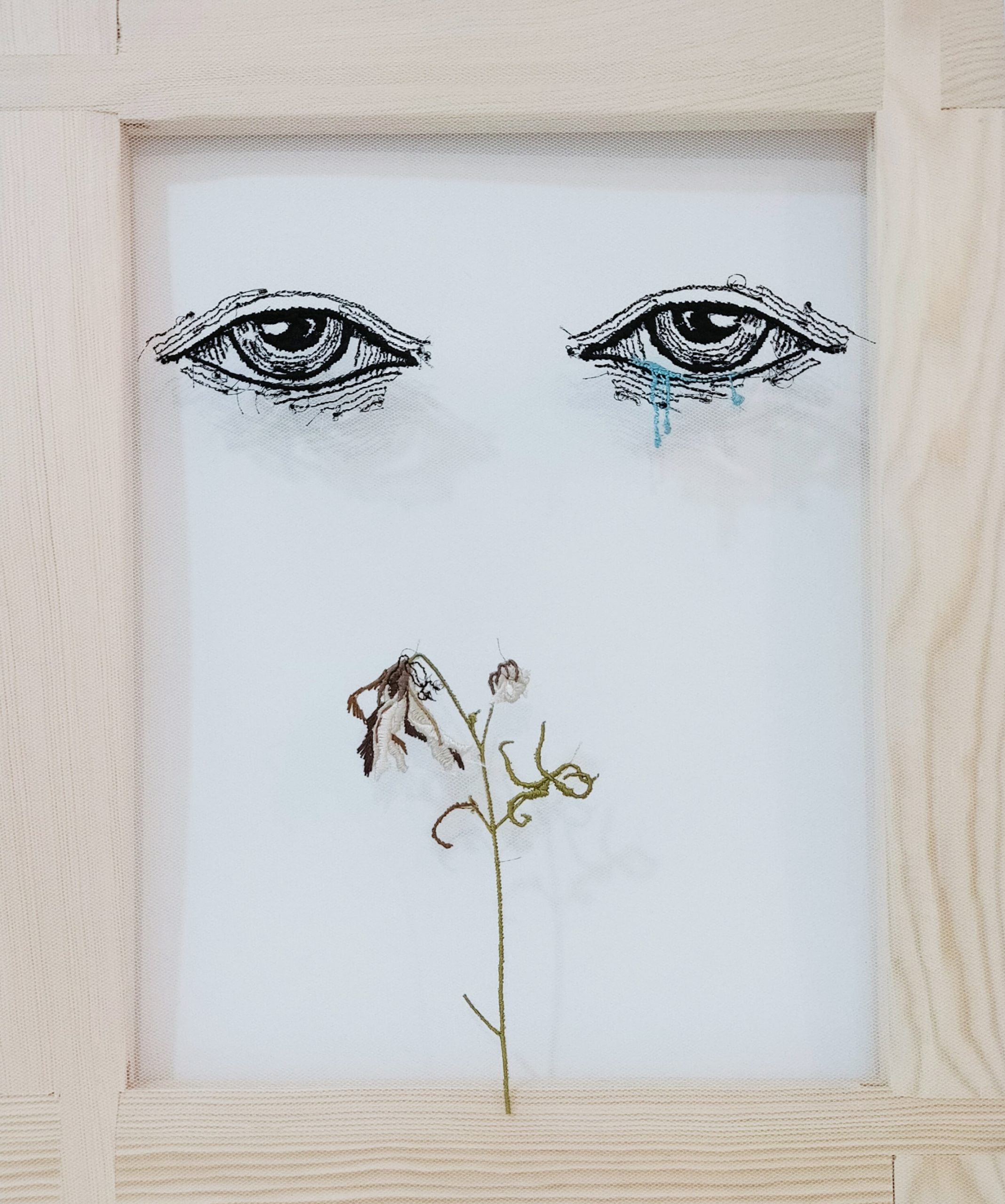 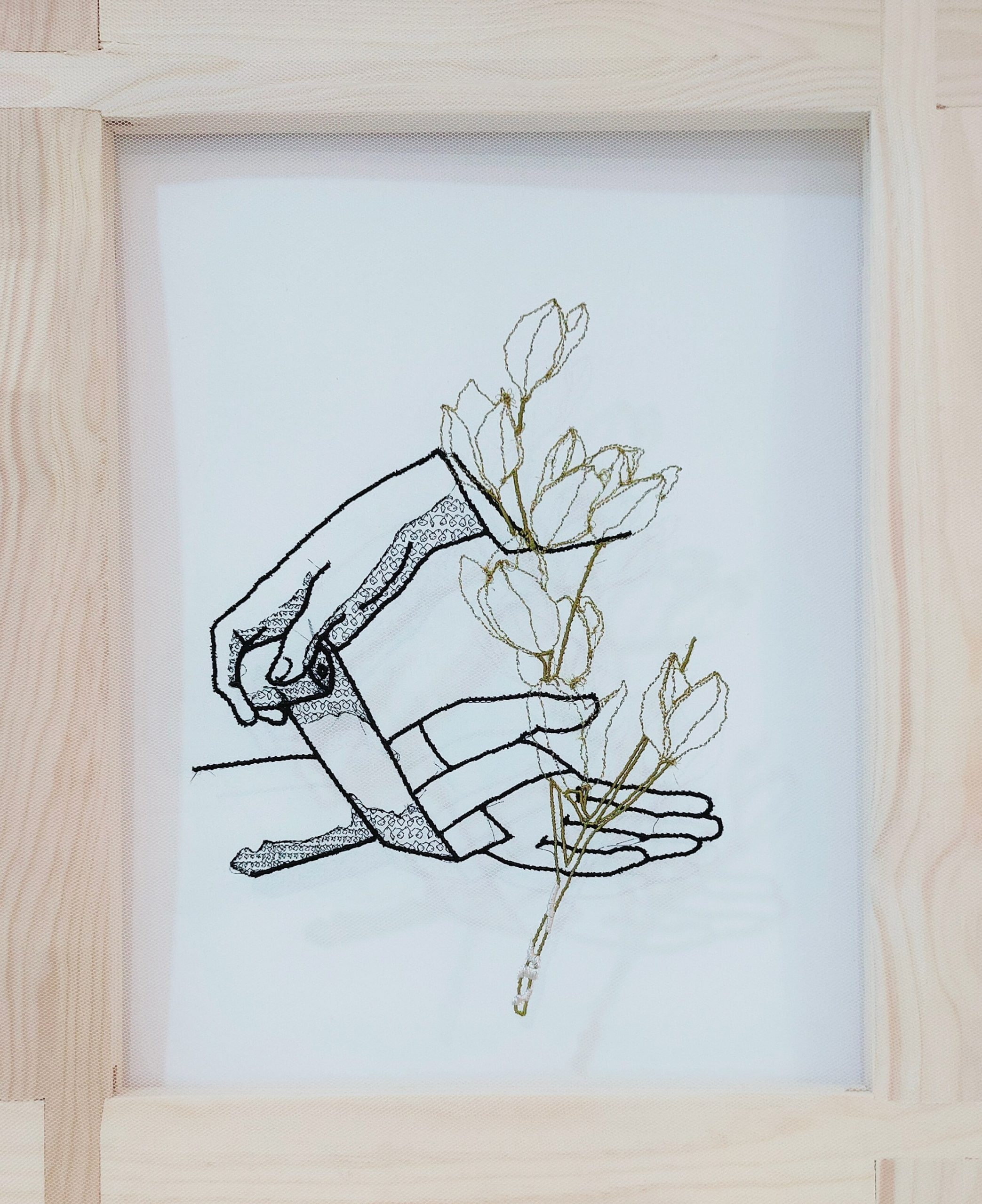 Viewing her works at Llamazares Gallery

The page you requested could not be found. Try refining your search, or use the navigation above to locate the post.