In 1924 the art historian Aby Warburg began one of his most important works, the “Atlas Mnemosyne”, a compilation of thousands of images that relate to each other like an open cartography, based on their representations, meanings and new visual lexicons. This exercise in infinite analogies through images vindicates the place of the imagination as an engine for new ideas, new relationships. Warburg evokes, in a way, an infinite body, which never ceases, which is always growing, which is alive. This exhibition at Llamazares Galería presents the work of three female artists, Elvira Smeke (Mexico City, 1978), Paula Rubio Infante (Madrid, 1977) and Rosalía Banet (Madrid, 1972), whose corpus of research moves from the poetic possibility of repression to feminicide.

An atlas of images that address, in a broad manner, how bodies preserve the trace of violence. However, there is no excessive drama here, quite the contrary. All three start from questions of resistance and survival to bring to the visual field a poetics of
resilience, of redemption.

The three of them are based on questions of resistance and survival.
Rosalía Banet (Madrid, 1972) whose corpus of research moves from the poetic possibility of repression to feminicide.

Paula Rubio Infante delves into the freedom/repression dichotomy in the project “Los duendes duermen en su pequeño palacio” (The elves sleep in their little palace). Based on drawings made by an inmate of the Carabanchel Psychiatric Hospital between the 1970s and 1980s, she recovers the traditional technique of making stained glass windows, giving them a new aesthetic meaning. If those that originally existed had a religious content and could be seen under the large central dome of the
under the great central dome of the prison’s panoptic structure, Rubio Infante now elaborates a new iconography where the protagonist figures emerge from those drawings where the very idea of creation comes from an inmate, in a dialogue between the artist and him, a tribute and remembrance turned into a space of memory. This is a work where the construction of identity is influenced by the way in which, in this case, the penitentiary institution functioned.

For her part, Elvira Smeke invites us to enter those private places that last year, in the midst of confinement, became more public and important than ever. Playing with an intentionally more naïve style, Smeke recreates, in “Blue paintings”, those moments of solitude, nudity and routine that now, in the light of 2021, take on another meaning. The importance of the personal as a politician becomes the protagonist here, the spaces of everyday life that also conceal violence. In addition, Smeke has always worked with a feminist perspective in all her works, as we see in the installation “365 leaves, 365 women”, in this case transferring the denunciation of the personal and private to the public space, to social commitment: every day 7 women disappear in Mexico; the majority never reappear. This piece looks back to the memory, through sewing and embroidery, as activities with a centuries-old tradition associated with women. The work is made of 365 sheets of paper, each one of which has been embroidered with the name of a victim of feminicide in Mexico.

Smeke forces us to take a stand, to not remain silent in the face of the violence of a patriarchal system that murders women and that affects the whole of society. For her part, Rosalía Banet delves deeper in “Homo humus. Return to nature” explores themes that she has always dealt with in her artistic practice, such as maps and corporal and physical cartographies, and the thin line between suffering and the skin as the limit of the inner/outer body. “Homo” (man) and “Humus” (earth) come from the same Latin root, man of the earth, and from its origin it reflects the relationship of the human with nature, of which it is a part. Human beings are no longer individual entities, but we live crossed by multiple intersections that define us both in our corporeality and in our subtlest identity.

This project reflects on the destruction of our habitat and at the same time on the dehumanisation of contemporary societies, facts that are deeply interrelated, which are consequences of the same distancing from our roots, of the loss of essence, of detachment from the physical world. How far do we go as human animals and non-human animals? Where is the limit established between the wildness of ourselves and the humanness of others?

This is an exhibition that brings together three female artists whose work questions us individually, each and every one of us in our own comfort zone. This atlas that doesn’t end speaks of bodies, of women, of repression, of ecological emergency, of anthropocene but also of resilience, of memory, of feminism, of beauty and of action. This exhibition at Llamazares Galería reflects the strength of the artists to talk about the issues that concern us as a society and to bring us back to the question, what do each one of us do to transform the present and build a fairer future? 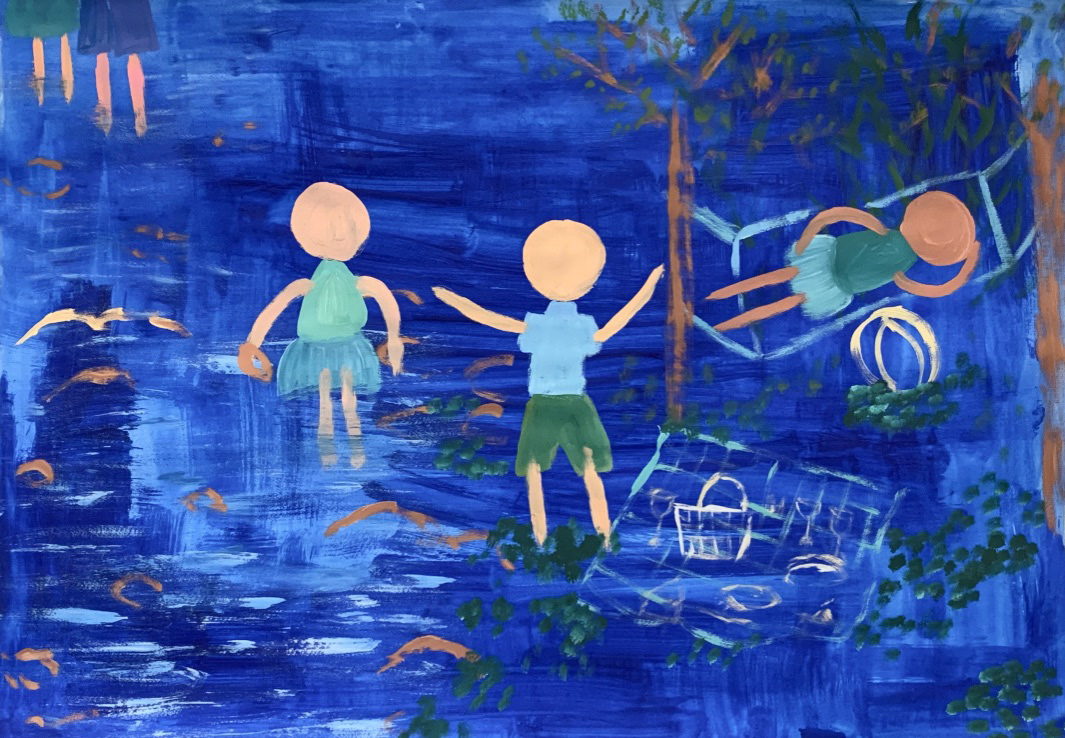 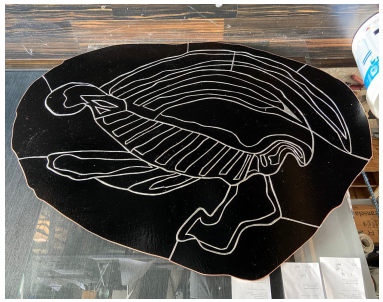 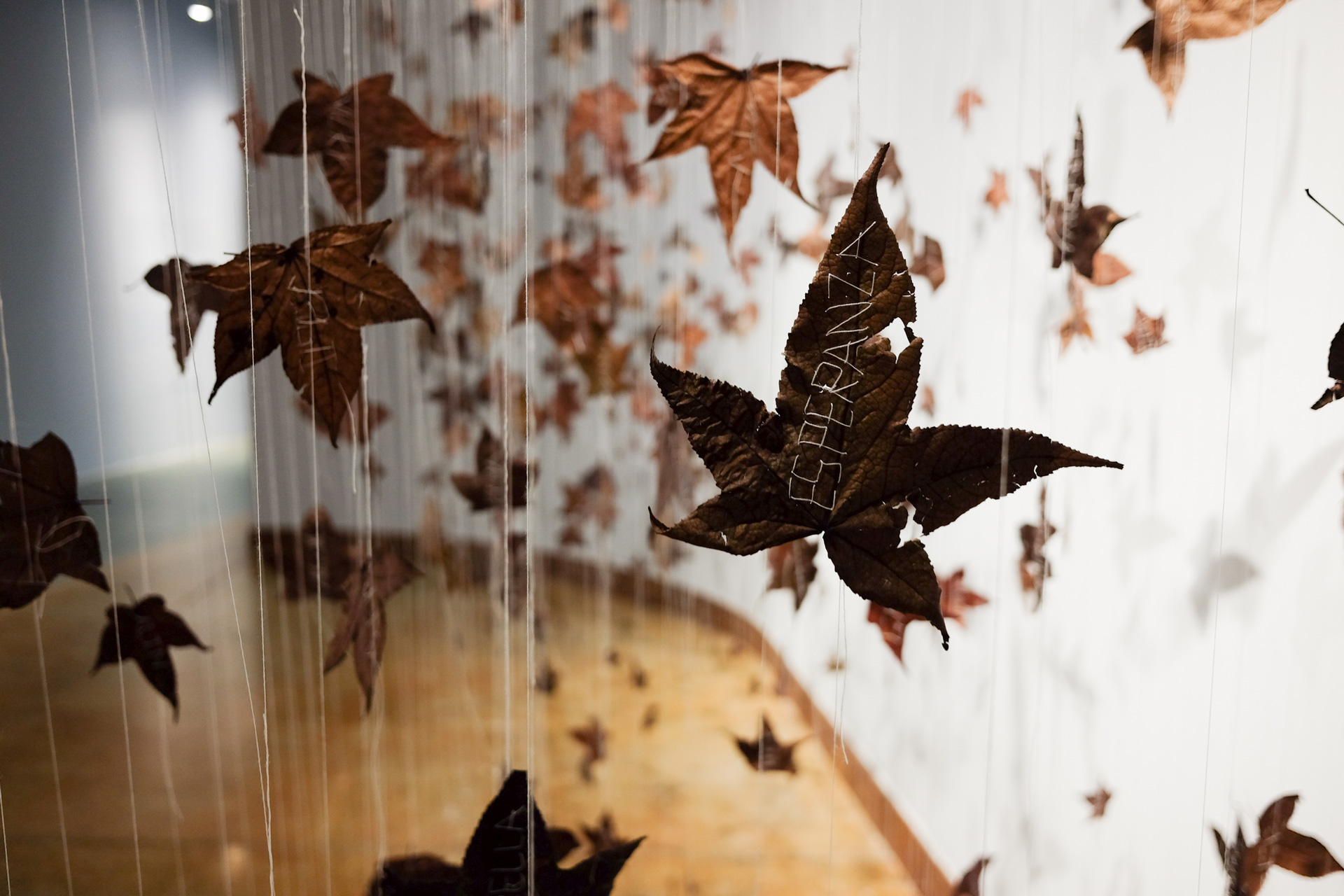 Viewing of his works in Llamazares Gallery