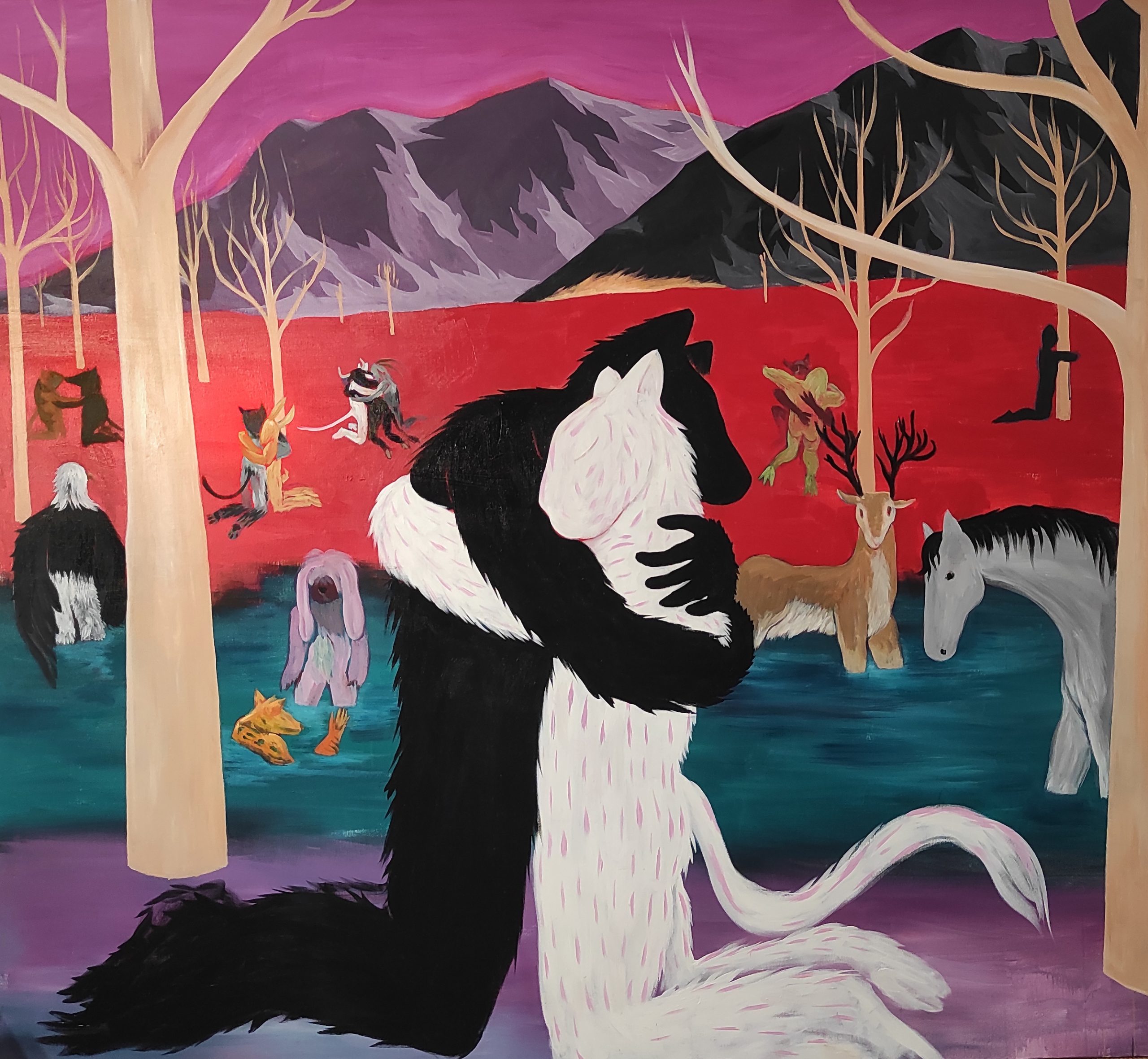 From the 16th of September to the 29th of October 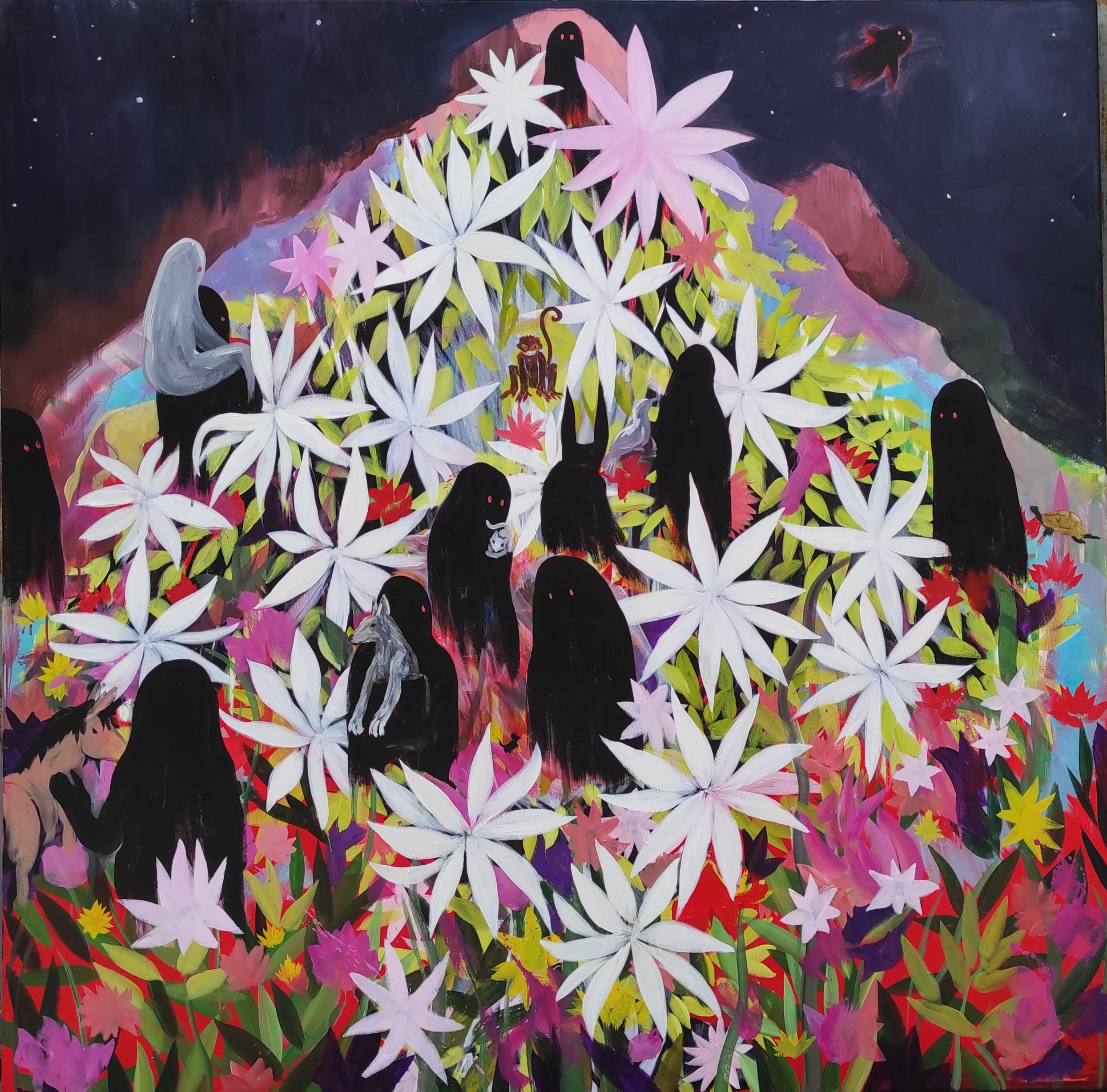 The word animal comes from the etymological root of soul (anima) and its meaning as such would be “the being that is endowed with the vital breath”. “Ánima(l)” tells us about this blurred space between aspects that historically have been strictly related to the human, but that on this occasion are shown in a poetic way as characteristics of a visionary animal world.

This exhibition describes different moments in which certain sentient beings hybridize with the human and the supernatural. Several intertwined terms are shown here, presented in the form of pictorial fables to take us as a species to the same starting point not only on the zoological plane, but also on the supernatural plane. The visions that are told bring us closer to a world where the human is diluted and hybridized with other congeners. The mask or the animal alter ego are aspects that, apart from their anthropological charge, are revealing and are tools to describe intangible aspects. The narrative and auratic quality also take sides as guiding threads of the exhibition, referring to feelings: different rituals described through painting that questions us, through aesthetic and critical experimentation, as a tiny part of all sentient beings. 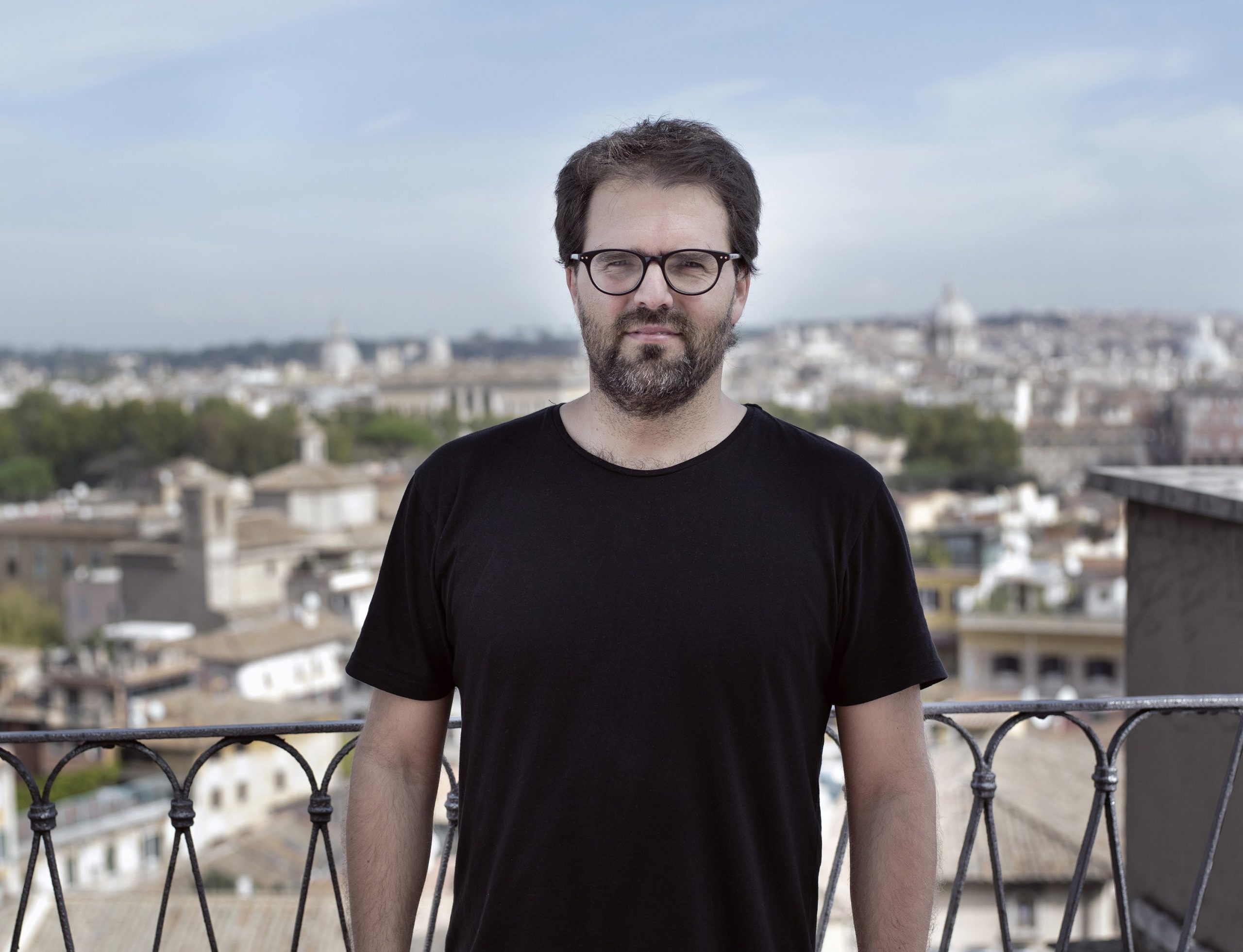 View his artworks at Llamazares Gallery