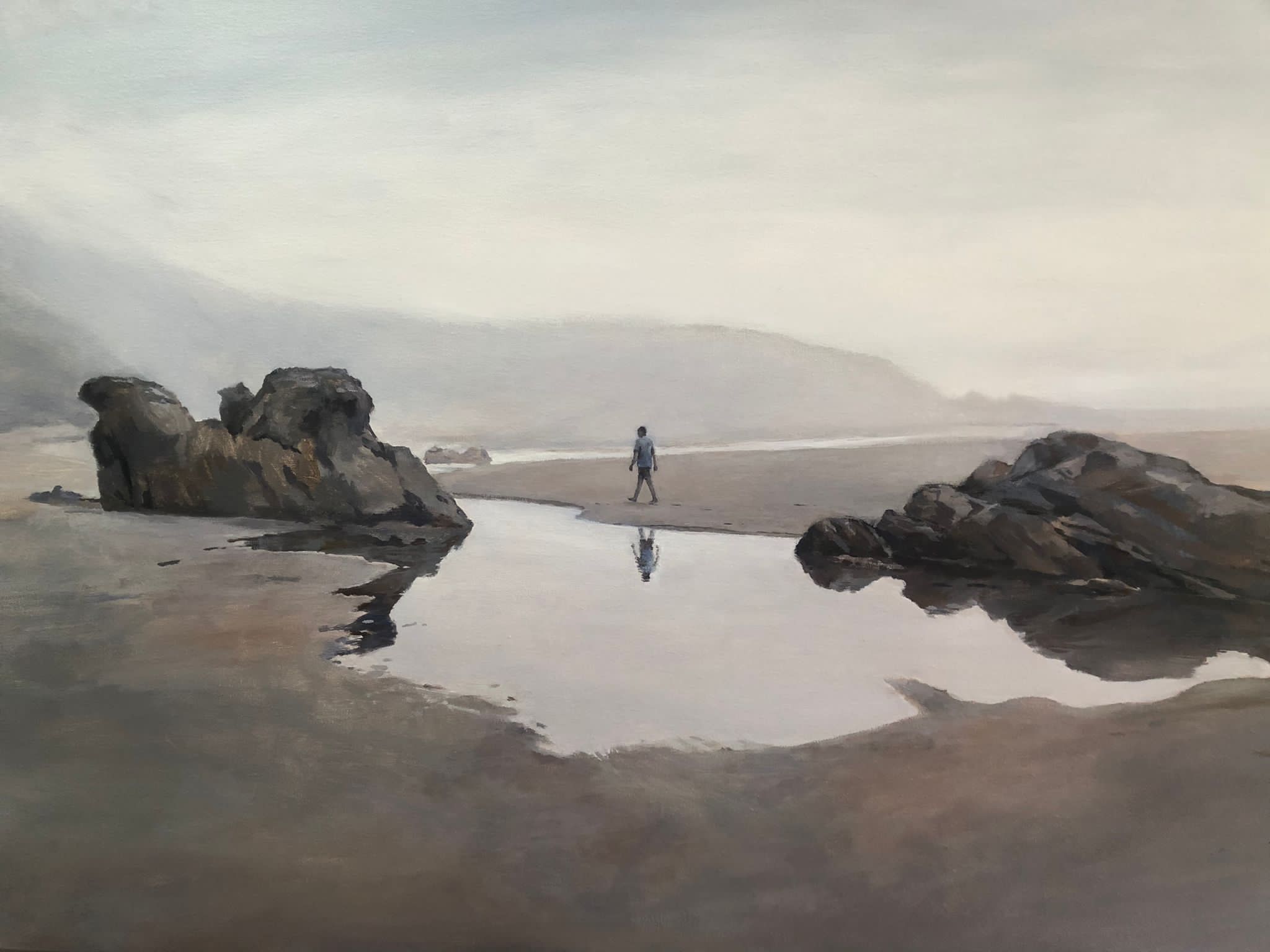 From April 28th to June 4th 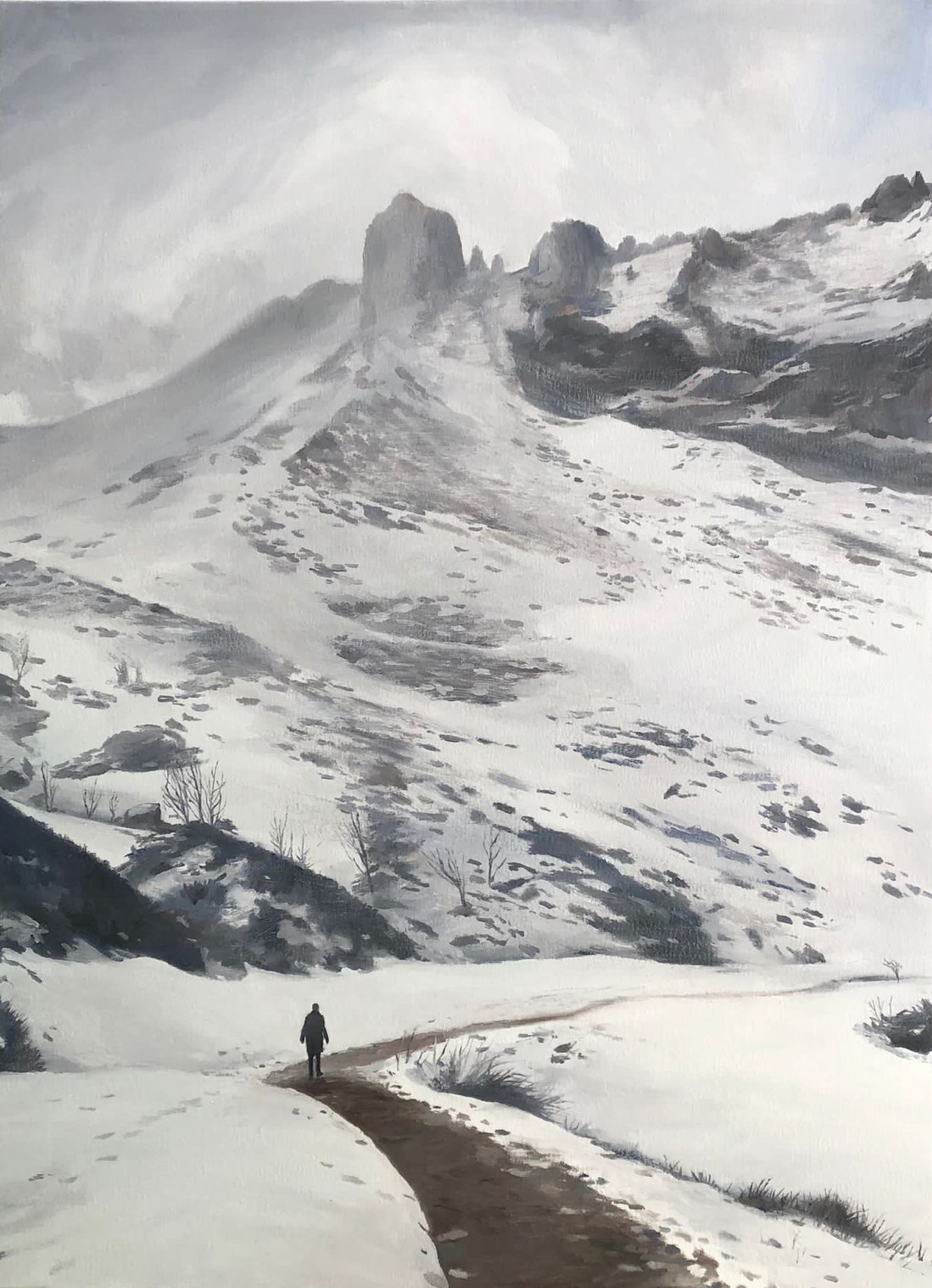 From April 28th to June 4th

Have you considered that the landscape has taken substance and form

so that it can be represented in a painting?

Federico Granell once again takes up his brushes to rediscover the landscape, to make an inner journey through an already known environment in which the atmosphere of the north is breathed. The artist conceives the landscape as an evasion, as a pictorial but also an emotional exploration. The writer and philosopher Ralph Waldo Emerson said in Nature, the most representative essay of his thought, that “for the body and mind nature is a medicinal tonic that vivifies”.

The earthly and the spiritual merge in the atmosphere of each painting and each notebook. The finite and the infinite converge on canvas and paper. Dualisms reinforced by the smallness of the figures before the immensity of the mountain, the sea or the ruin. Even with these dichotomies, they are works that transmit a calm sensation of unity. The parts are perfectly integrated into the whole. According to R. W. E.:

“The parameters of beauty are given by the whole course of natural forms, by the totality of nature: what the Italians wanted to express by defining beauty as “il piu nell`uno”. Nothing is entirely beautiful on its own: it is only beautiful in the totality.”

Subject and landscape cohabit, as in Romanticism, in scenes dominated by introspection and an apparent suspension of time. Apparent because everything follows its course. Because in the presence of nature, the cycle of eternal return manifests itself in its splendor in the face of the linearity of progress. The aesthetic experience of beauty and the sublime, the pleasure of observing an autonomous landscape, emancipated from any utilitarian function, is also an act of resistance to the (dis)order that operates around us. In El paisaje habitado Carlos Muñoz Gutiérrez reflects:

“Landscapes, apparently, are those images we wish to perpetuate. We paint pictures, photograph, describe in poems or film. We do not know where the strength of those images comes from, whether from our gaze or from something that appears among the perceptual chaos that the world offers us or, more likely, from a combination of both; but, I would dare to say, man inhabits the world by building, representing or imagining landscapes.” 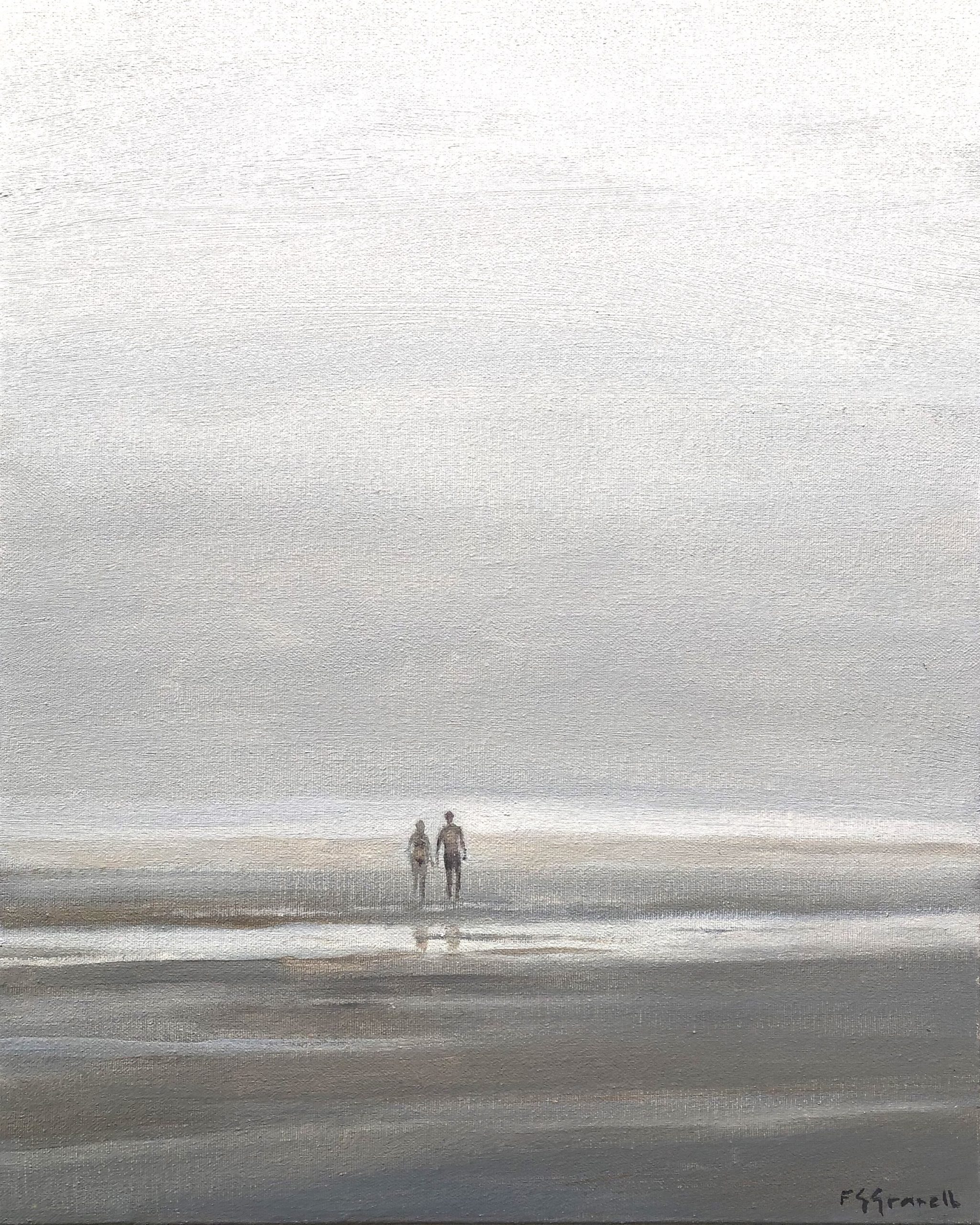 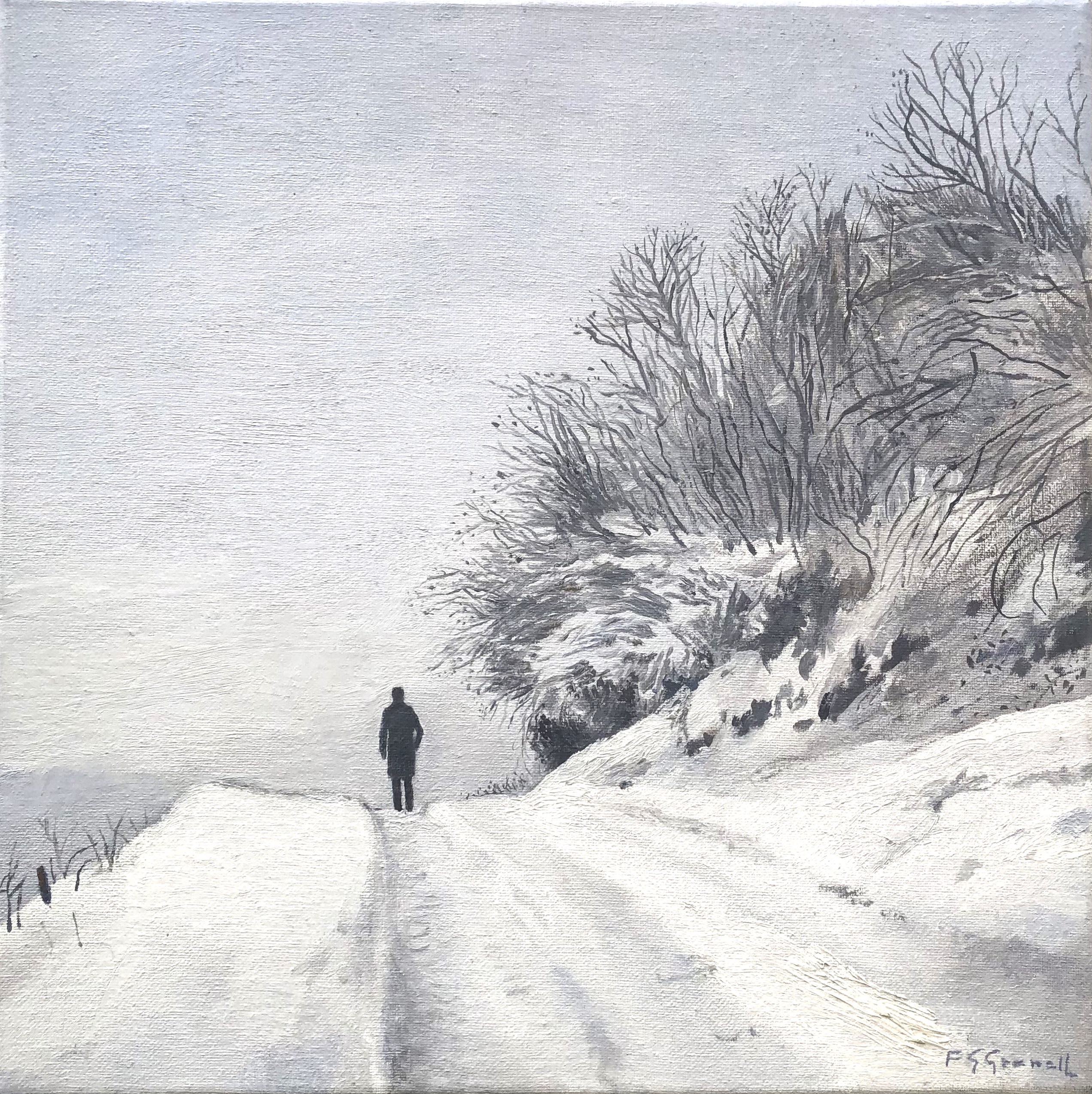 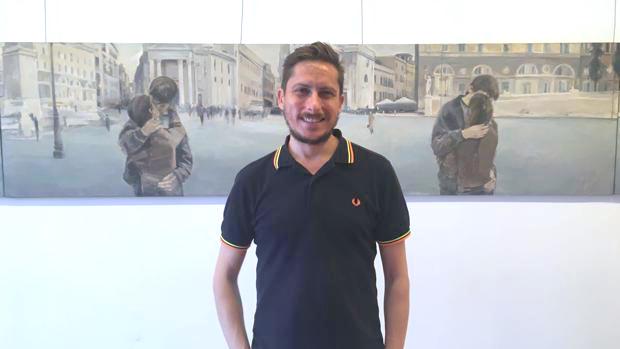 Viewing of his works at Llamazares Gallery